History and Development of the Esports Industry

As the popularity of eSports grows day by day, so it penetrates into all spheres of the media, which we can see on popular TV channels. Some channels have assigned the entire program only to this popular sport. Some older persons, who come across these channels and are new or not at all in the world of gaming, may think that this sport appeared ’out of nowhere’. Honestly, we would disagree with this as the history and development of eSports date back to the 1970s.

Every decade, eSports has broken down new barriers, and, seen from this perspective, the future of this discipline still looks bright. In this article, we will show you the path eSports has taken from its humble beginnings all the way to the billion-dollar industry as it is today. 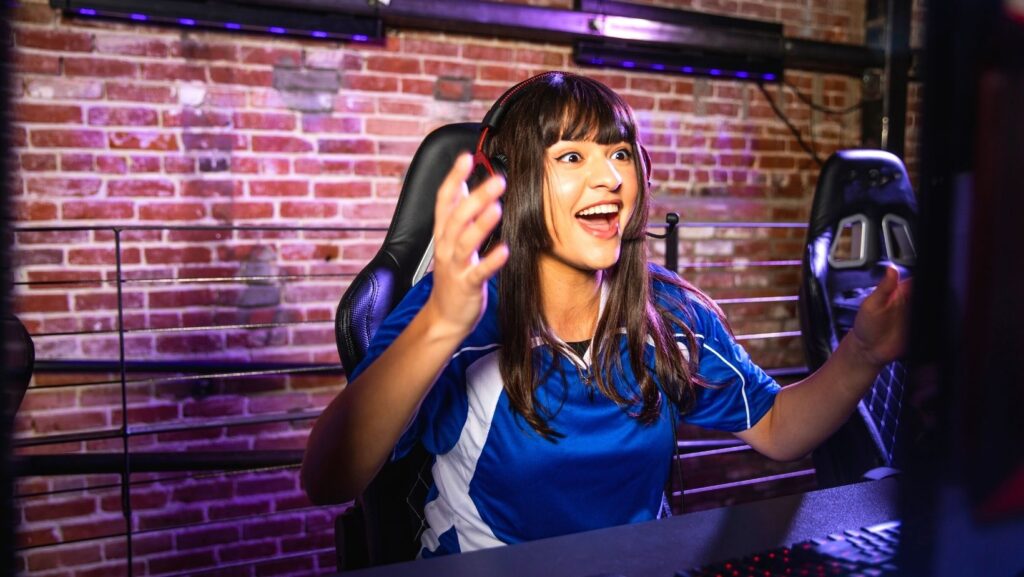 The Beginnings of Esports in the Last Century

According to most sources, the first formal video game competition was held on October 19, 1972, at Stanford University. The event brought players together to compete in Spacewar, a space fighting game developed 10 years earlier, in 1962. Students came together to compete against each other in this revolutionary game, with the main prize being a one-year subscription to Rolling Stones magazine won by the first winner of the eSports competition, Bruce Baumgart.

Somewhat later, more precisely in 1980, video games experienced a turning point when Atari held a championship in a game called Space Invaders. This event attracted more than 10,000 players and helped video games emerge from the shadows and be noticed. Another important event in competitive video gaming occurred in the 1980s when Walter Day created the Twin Galaxies, an organization that will record and keep world records in video games. With a newly created organization dedicated to keeping all records, everyone wanted to be listed as proud owners of the same.

Billy Mitchell became famous in the 80s of last century for his mastery in multiple games and holding a world record in them, including the well-known Pac-Man and Donkey Kong. This craze for video games was rewarded by broadcasting on television, where shows in the United States and the United Kingdom organized mutual competition in the fight for records. However, at the time, there was still no contact between eSports and the sports betting industry.

Unfortunately, with a multitude of companies wanting their “piece of the pie” from video games, the standards of the same began to fall. The market was oversaturated with new titles due to misrepresented demand, and the lack of quality and declining interest in consoles compared to computers caused a recession from 1983 to 1985, mostly in North America. Video games began to be called whims, and at the same time, they were denigrated for causing a potentially contagious ’gaming’ virus.

After the video game industry survived the recession and returned even stronger, the release of the NES (Nintendo Entertainment System) console in Europe and North America will be one of the major events related to the history and development of eSports. Competitive gaming has already become popular in the 1980s, but the increasing availability of the Internet in the early 1990s will completely change the way video games are viewed. Advances in 3D graphics (640 x 480), the advent of CD-ROM technology, and increasingly affordable personal computers were also key factors in the rapid development of competitive gaming in the early 1990s. 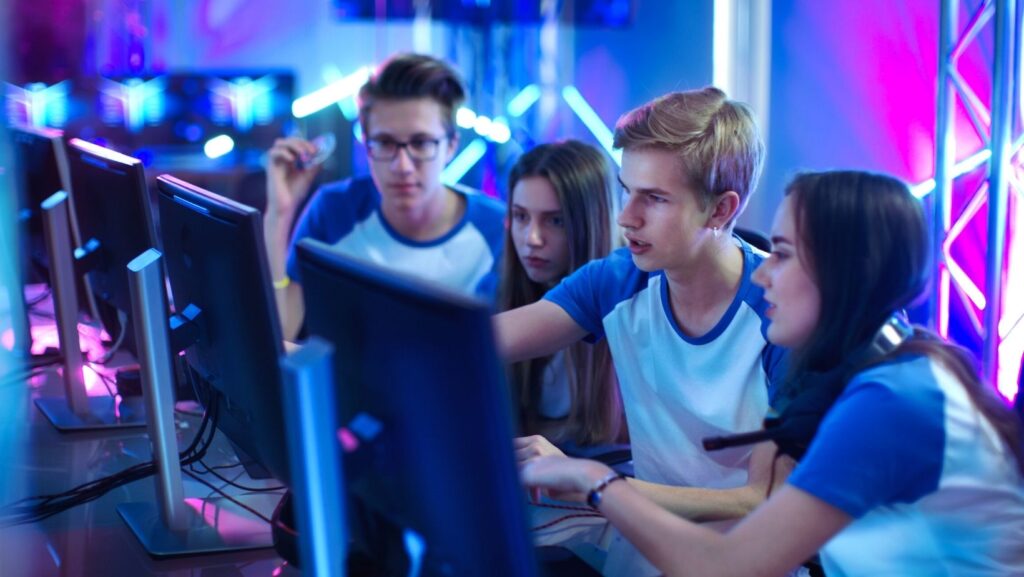 A New Era of Competitive Gaming

As we mentioned before, Atari had a share of gaming popularity during the 1980s, the Nintendo Entertainment System (NES) took control, graphics, gaming, and video game accessibility to a new level. The original NES set off for North America in 1985, and the Super NES (SNES) was released in 1991. Sega Genesis came out in 1989, encouraging the exponential development of video games in a very short time.

The potential for competitive online gaming was obvious, but only when ID Software’s first first-person shooter game, Quake, emerged did the potential materialize. ID Software basically created the FPS genre in the early 90’s with Wolfenstein 3D and later the classic games Doom 1 & 2 but Quake was designed from the get go for multiplayer action. Later proving to be perfect for competitive eSports. Multiplayer could be played on 6 different maps, which was a revolutionary idea at the time, which took advantage of advances in 3D technology to create multi-level maps, resulting in a far more appealing game compared to the others. Players had to memorize maps, learn to use weapons, and how to move. It took hours to master Quake, and as Internet access grew day by day, the number of potential opponents became seemingly endless. Because there was no competition at this level, ID Software created one of the earliest eSports competitions in 1997. 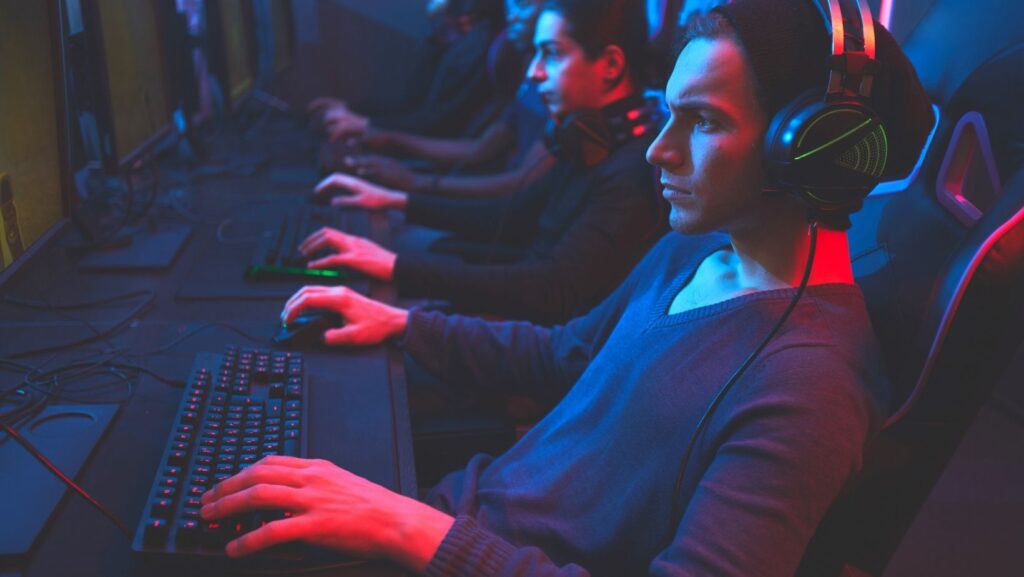 One such tournament was the Red Annihilation, held in May 1997. Many consider it one of the first true eSports tournaments. The Internet allowed over 2,000 entrants to compete for 1v1 in Quake until in the end there were only the top 16 left.

Those 16 players gathered in Atlanta to participate at the World Convention Center’s Electronic Entertainment Expo. Viewers watched the event live and online, and the news was broadcast by newspapers and television networks. Dennis ’Thresh’ Fong took the win, carving his name in history and earning the tournament’s grand prize – Ferrari 328 GTS, which was previously owned by Quake developer John D. Carmack. Thresh became the first professional player, and as such was recognized in Guinness World Records. He was also featured in Rolling Stone magazine and then inducted into the ESL Hall of Fame.

The Explosion of Esports in the 21st Century

Everything was ready for eSports to take another big step forward in the new century. Video games and online gaming have become increasingly popular. Internet cafes began to appear around the world, giving players the ability to play multiplayer games on personal computers, which at the time they might not be able to afford in their own homes. Gradually, that also changed, as home computers became more powerful and cheaper.

FUN Technologies held the 2006 Worldwide Web Games tournament where more than seventy players competed for a cool $ 1 million. A great example of how eSports tournaments and their prize pools grew in the early noughties. There were just over a a few handfulls of competitiions around the globe at the turn of the century, while that number increased more than 20 times by the end of the decade in 2010.

The Japanese video games giant Nintendo was credited with much of the development of eSports, they made massive return to the scene with the Wii Games: Summer 2010. The tournament lasted just over a month and gathered over 400,000 participants. Post-tournament, Super Smash Brothers for the Nintendo Wii became one of the most popular eSports games of the era. 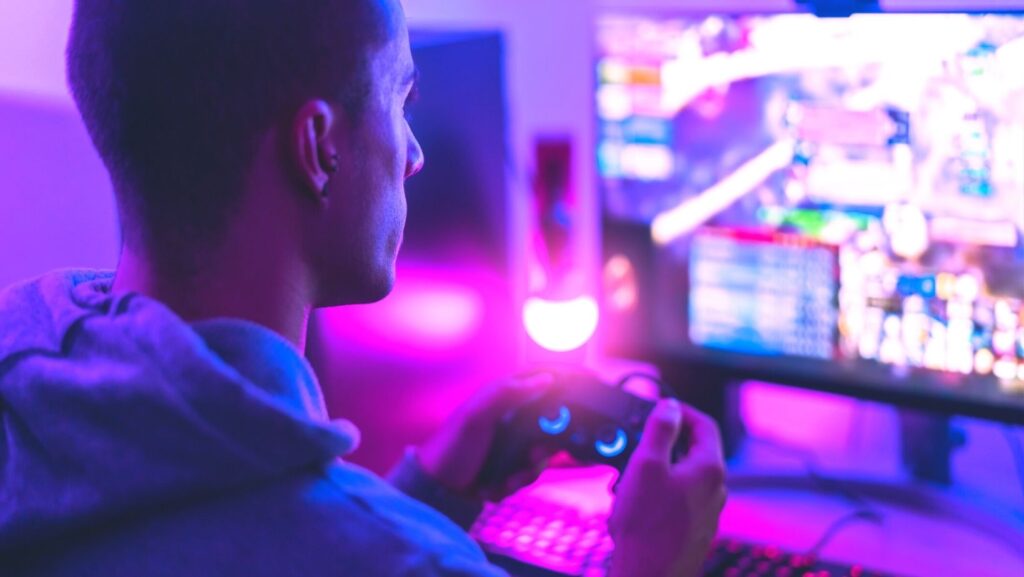 Twitch – Gaming in Every Home

Esports have been sporadically found on television in the United States over the past few decades. Countries like South Korea though had huge Tv followings for video game torurnaments. But the whole world has never had such access to the thrill of competitive gaming as a spectator, as was the case when Twitch was founded.

Entering the scene in 2011, from the remnants of Justin.tv, Twitch provided eSports with a platform by which they could reach hitherto unimaginable heights. Although players and occasional fans have mostly enjoyed competitive games in the past, Twitch has made streaming tournaments and events around the world available to anyone interested. Games like League of Legends (LoL) and Defense of the Ancients 2 (Dota 2) have become immensely popular as sports, bringing millions of unique views to Twitch. Both games have begun to establish their own World Championship, which will continue to inspire major changes in the way eSports work.

With streaming now more accessible and centralized via Twitch, tournaments have been more sustainable. Countries like The UK, USA and Germany tried their hand throughout the 2000s to create dedicated gaming channels, but alas, proved unsuccessful.

Previously, eSports events such as ESWC and WCG followed the format of the Olympics with individual representatives from different countries, but this was gradually phased out to improve the level of competition. Developers have also begun to participate more in the eSports scene of their own game, holding major annual events such as Valve’s The International, Blizzard’s BlizzCon, and Riot Games’ Worlds. 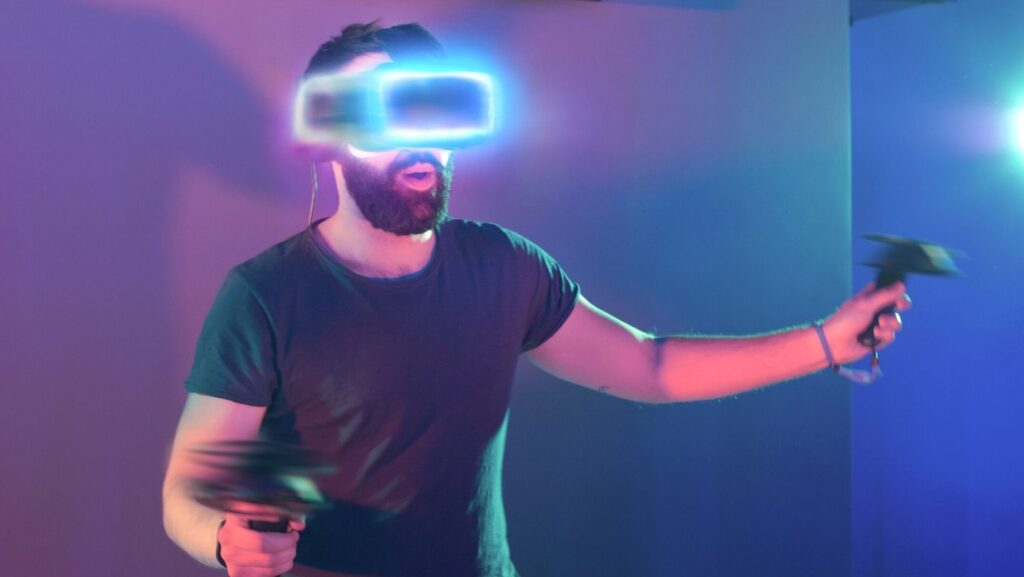 The Future of Esports

The future of eSports looks brighter than ever, as many titles such as Overwatch, Call of Duty, League of Legends, and Counter-Strike: Global Offensive (very popular for betting for which there is the list of CS:GO betting sites) adopted a franchise league system. Franchise leagues like the Overwatch League, the Call of Duty League, and the League of Legends Championship Series offer more stability to team owners and sponsors, allowing teams competing against each other to share the revenue generated. Not only is this good for the teams, it’s good for investors too.

Traditional sports teams, such as the French team PSG, have founded an eSports franchise that competes in titles such as FIFA, League of Legends, Dota 2, and many others, which has opened up a wide variety of new possibilities and opportunities. We will also take the American organization Team Liquid, which has signed a “strategic partnership“ with Marvel Entertainment, as an example, and we can expect many more such examples in the coming years.

The rise of streamers on Twitch has led to eSport reaching a much wider audience, and calling someone a gamer is becoming more and more normal. Esport players are becoming faces of famous brands, and this trend is likely to continue in the future. What used to be a fad is now mainstream, and the future of eSports seems brighter than ever.

Read More
If you want to buy a term paper, you may need something more than a general guide. Like…
Read More 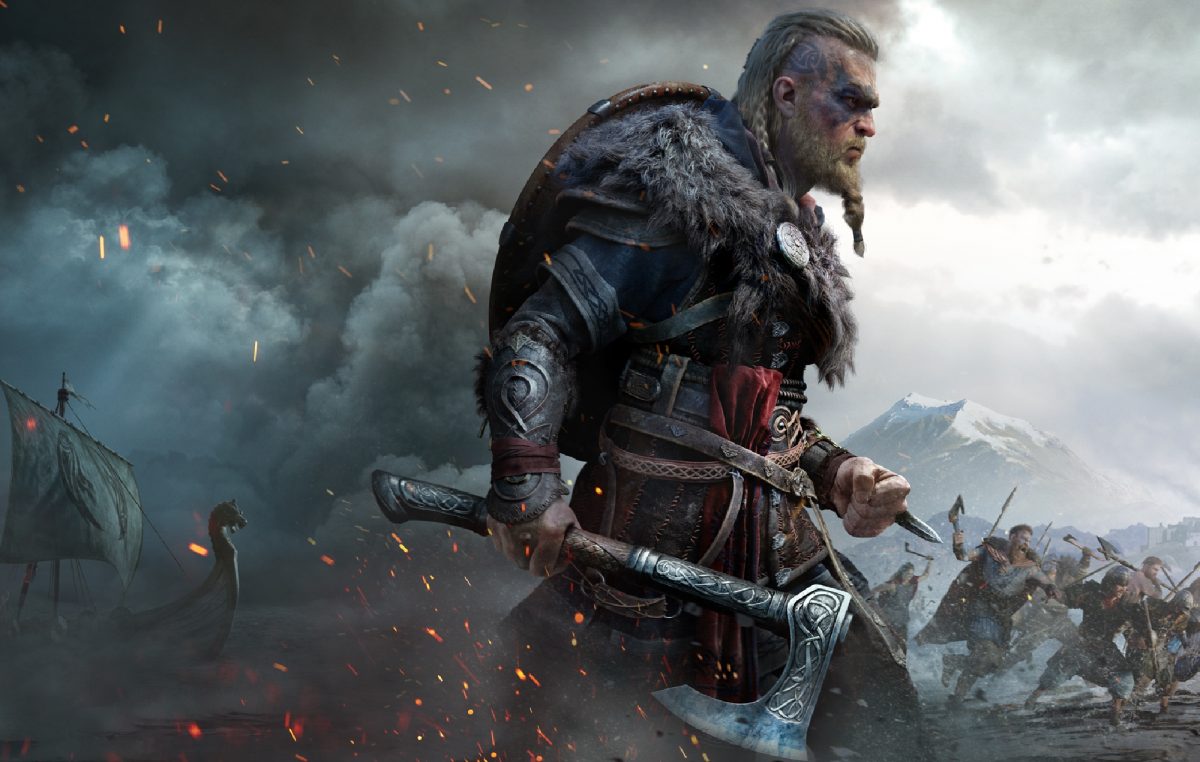 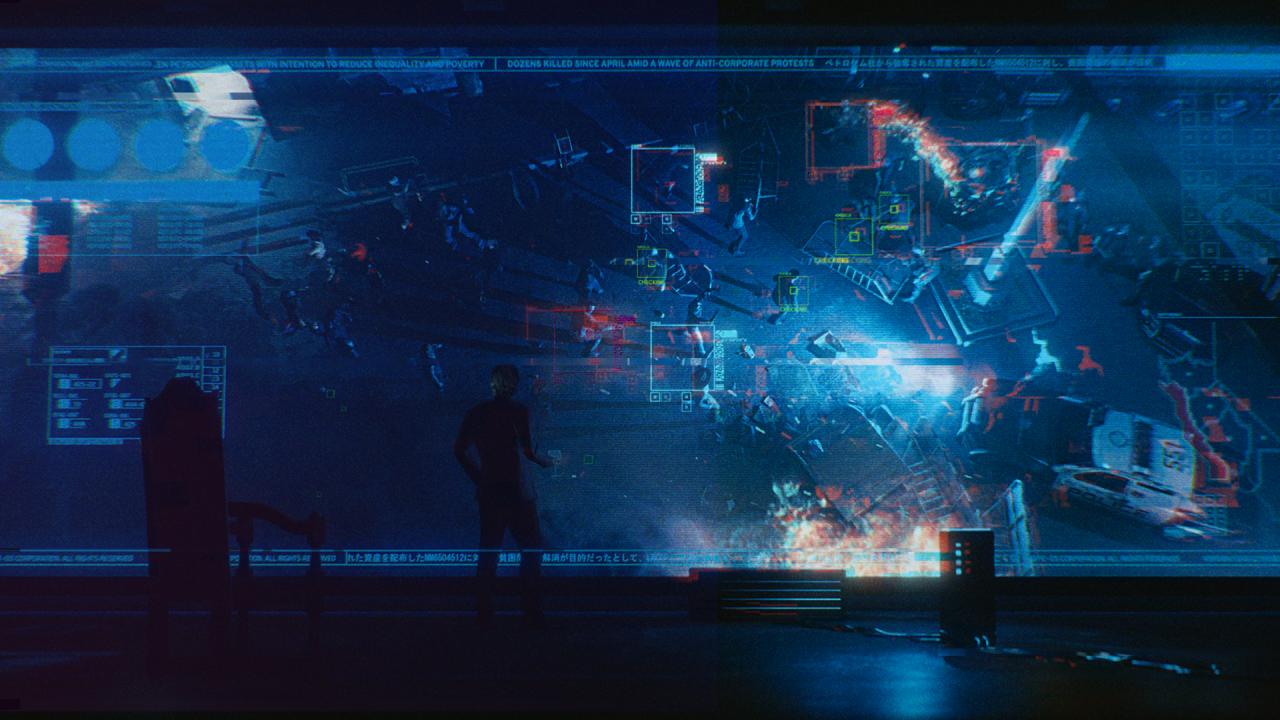 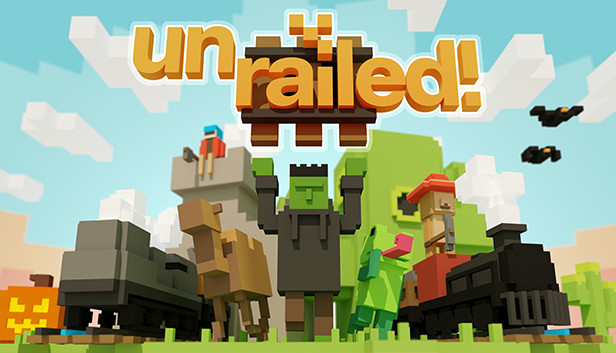