DS3 has a large selection of usable weapons. And in many of my posts I try to point out that any weapon can be used as a model.

But wow, there are some really terrible weapons.

Sometimes I read about a weapon that looks cool or fits a niche and think: Really? Did that matter?

And that’s what this list is about. We select the latest weapons that you should never seriously try. 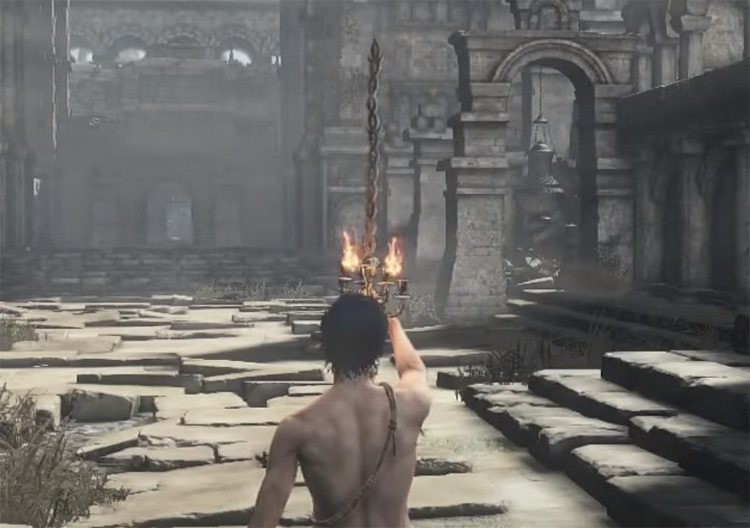 Luminary is a sword/cat hybrid that sacrifices its heavy attacks to cast a spell of its choice.

Yes, witchcraft. Despite the priest in the title, this is exploration.

But that’s not why it’s bad. It’s actually pretty good for an early game!

And then it falls. It’s hard.

The scale of his spells is so bad that it’s best to use the standard wand a few hours before the match.

How to get there: Transposition with the soul of the deacons of the deep. 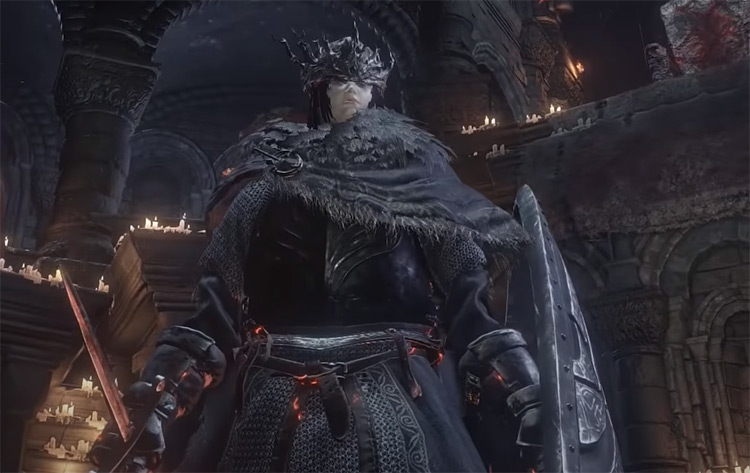 There are an incredible number of people who like these guns, but I don’t get it.

The mailbreaker is a dagger that plays a bit more than a longsword due to its size, although it is still good for critical hits.

And that’s where it ends.

With absolutely pathetic base damage and scalping that never breaks C on a brew, I can’t recommend never using this thing.

How to get there: Taken to the body on the high wall just before he faces Greirath. 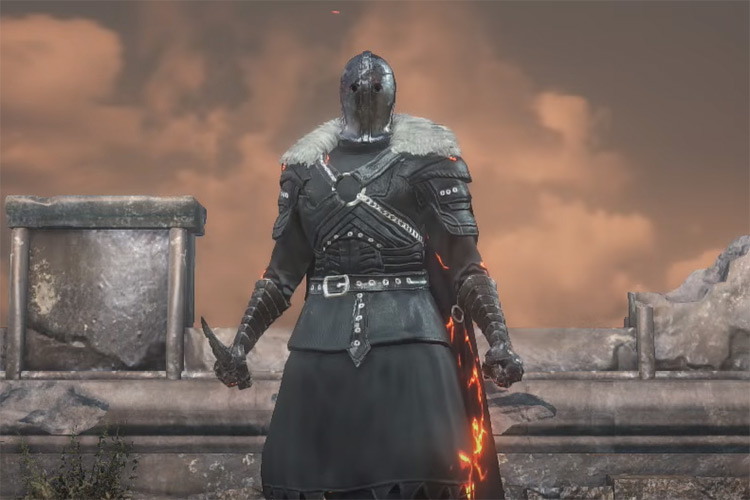 The Maiden is a fairly rare weapon with extremely low quality requirements and a unique passive that recovers a small amount of FP per hit.

Not that you can hit anything with it.

It has a small range, terrible base damage, and a slow, predictable weapon skill.

But that’s not all.

The grading is completely zero, the scale on the D/D/Ex thickness, and it cannot be cast or polished!

How to get there: Abandoned by the jailer’s maids in the ruined capital. 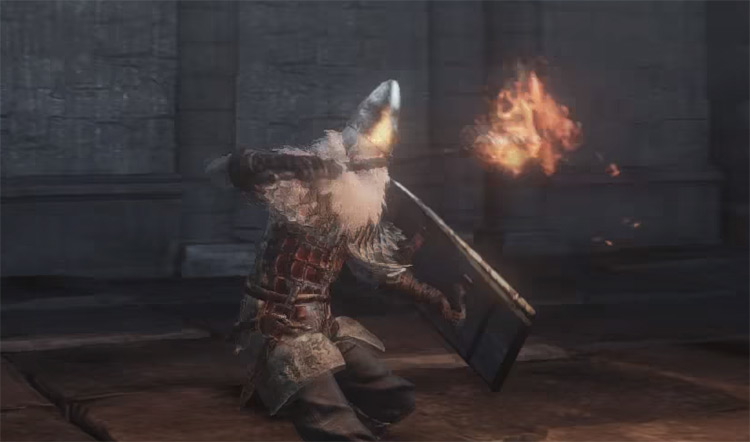 Many weapons in DS3 were never designed to be used in combat, but ended up being very good, like the pickaxe.

The Torch… not one of them.

His base damage is low, there is almost no scaling, and he has no weapon options.

But not everything is bad. Because as a tool, it has a certain utility.

Namely, remove the leeches and hit the enemy once in a while to set them on fire and open them up for an attack!

But as a weapon? No.

How to get there: Sold by the Daughter of Sanctuary. 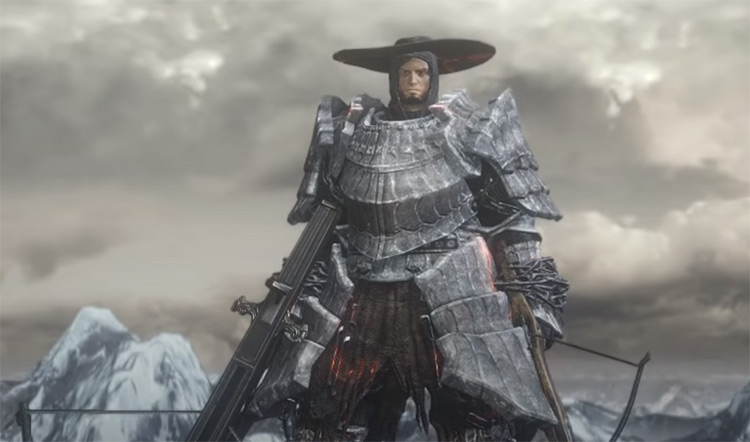 The sniper crossbow is probably the least used remote control option in the entire game.

And for good reason, it’s painfully slow to fire and reload and has no damage to compensate.

All for one: Range. But a hawk ring exists?

For the price of a ring lock, you can use a faster, stronger, and even longer option that keeps you moving and is less frustrating and annoying.

How to get there: Trapped on a corpse right in front of the dragons of Lothric Castle. 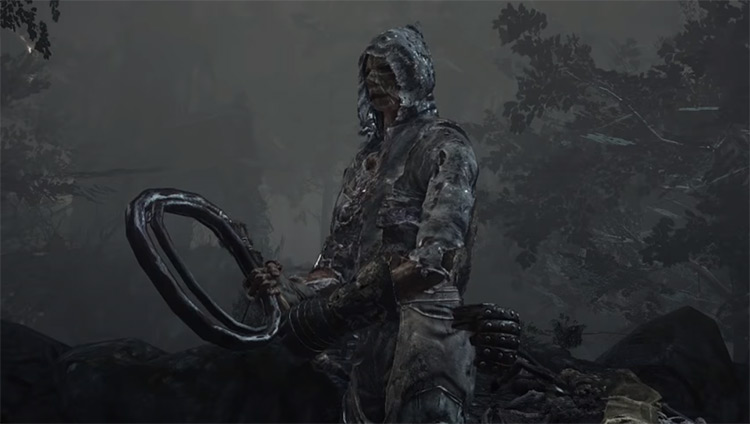 I miss DS2’s spotted whip, when the poison was still somewhat useful.

Unfortunately, in this part, we have this thing.

The amount of things that don’t go with this gun could honestly become a thing in itself.

How to get there: Summon Kukulus to fight the Demon King’s former boss and make sure she survives. After that you can find him where you freed Cornix in the Undead Colony. 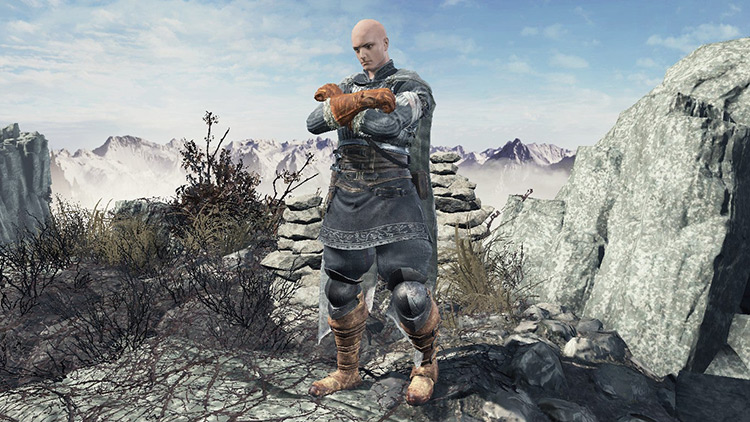 This is not surprising, as there are many problems with not using weapons at all and just beating enemies to death.

Needless to say, challenge is the right word. The damage to the joints, combined with the distance between the points, severely limits them.

And except for bragging rights, they really have no use!

Can they at least parry?

How to get there: They’re at the end of your hands. 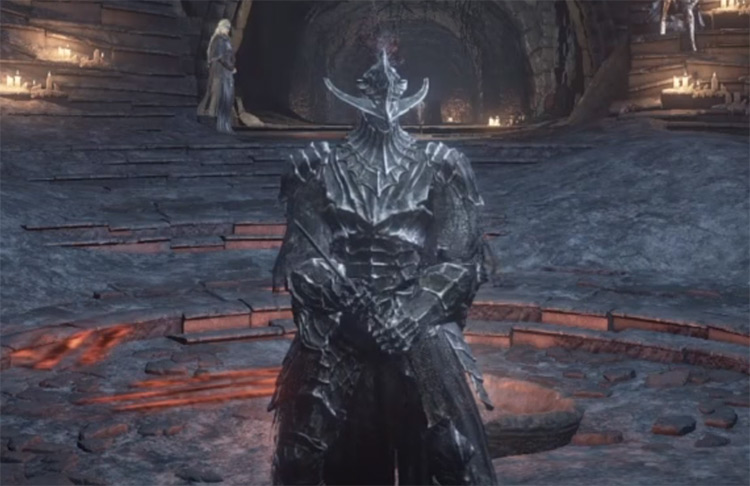 Again, no shock, but literally ripping the knife off is not a good choice.

And it doesn’t even have new value. Honestly, it’s just… a little sad to use it.

The range and damage are naturally small, corresponding to a curved, blunt sword.

But hey, you can have water! The scale isn’t too bad, so you can add it to any of your builds.

How to get there: Found shortly after the battle of Gandhir and thrown into the recesses of the high wall. 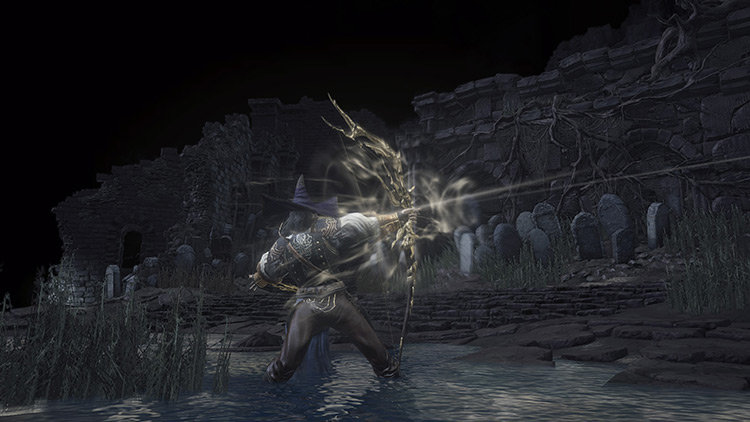 So what could be worse than the last two entries?

This is clearly the worst option in the entire game. The damage from this weapon is probably worse than a broken sword, even at +5.

And its clever scaling allows it to be used on assemblies that… already have access to the magic of sorting?

Of course, you can also use the moon arrows. But why waste 500 souls per shot when you can just use your infinite supply of spells?

How to get there: Aldrich’s soul. 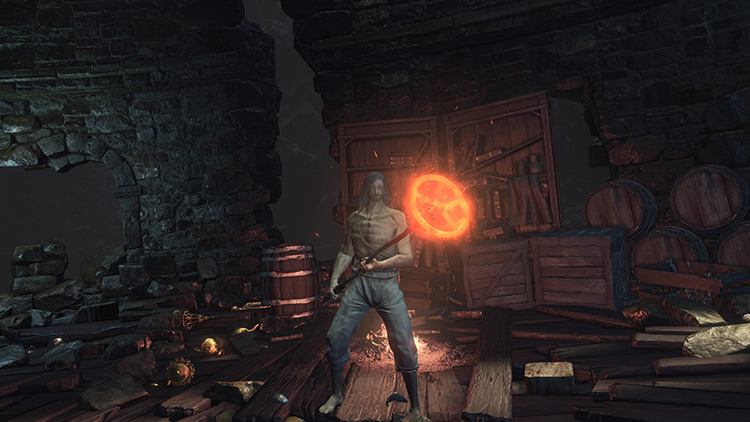 I would say the soldering iron is the only weapon in the game that is 100% terrible. Totally inappropriate.

His passivity in upgrading gear and Estus weakening suggest its use in PvP, but the spear’s slow draw combined with 90% fire damage makes it a bad idea.

Player armor usually has a high defense against fire, and chances are you won’t pass an absolutely zero D/C scale with this weapon.

It’s a shame to see such potential wasted. Because these weapons are really interesting! It’s just… so bad.

How to get there: Left in the dungeons of Iritilus by the guards.

What is the most destructive weapon?

What is the worst weapon in the MW?

What is the weakest weapon in the world?

Read More
Table of Contents As a result, your brain will start to feel full and suppress any urge to…
Read More 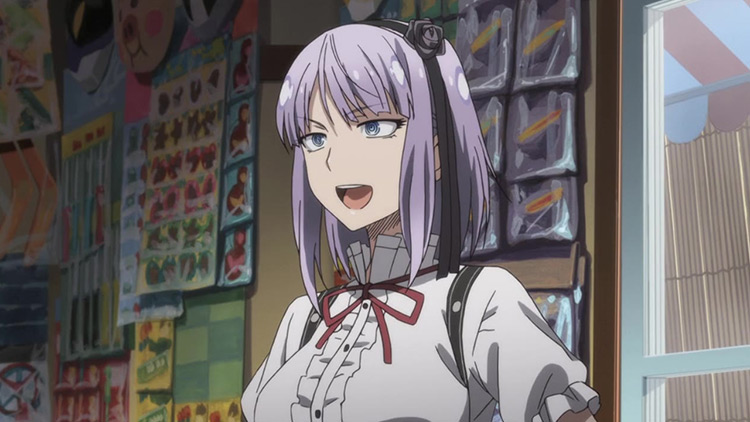 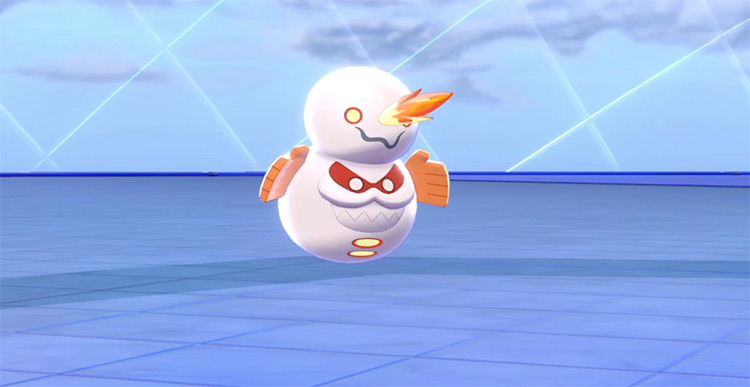 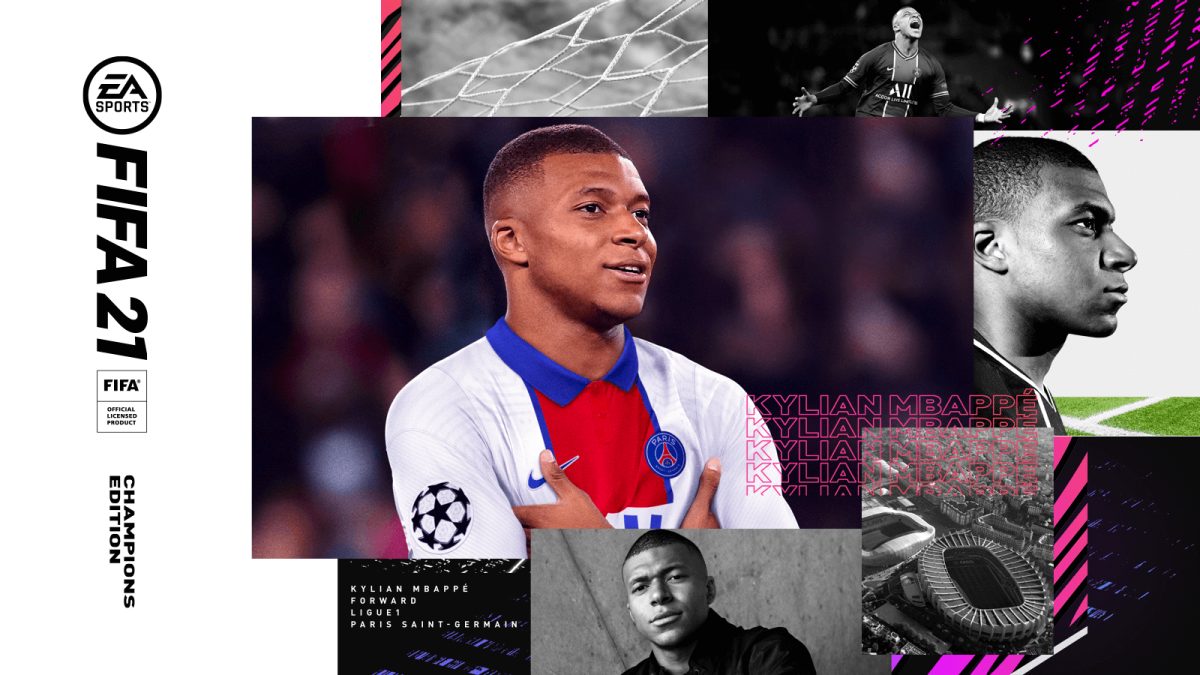 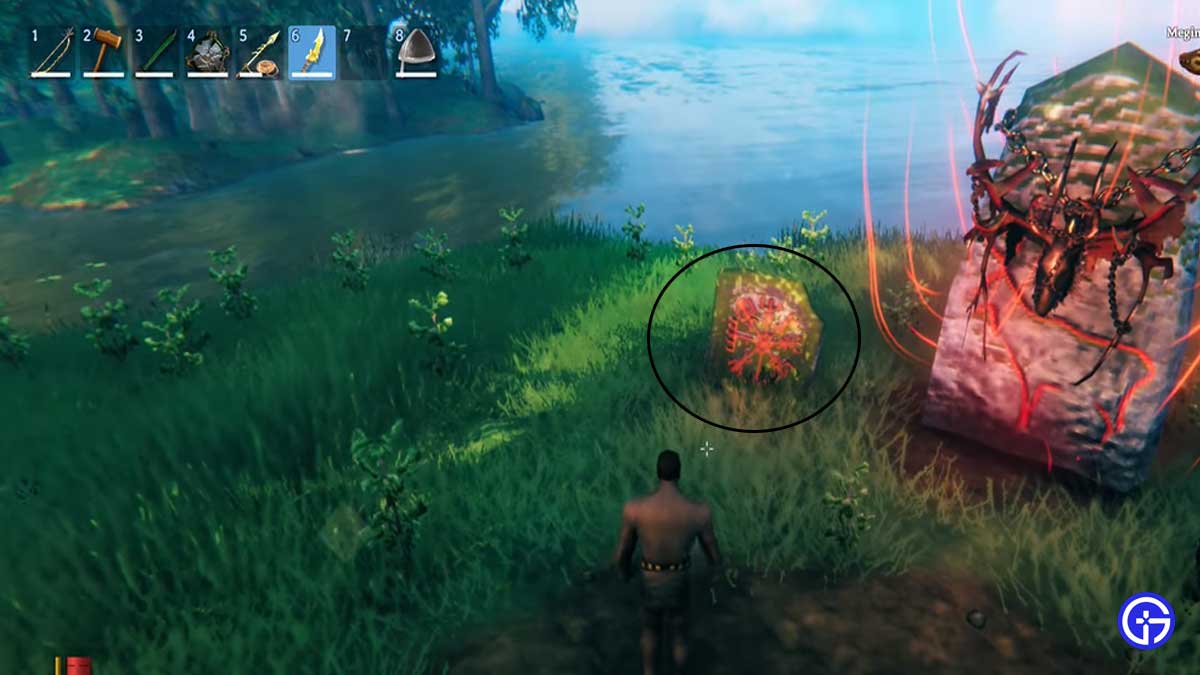