Best Vayne Skins in League of Legends (All Ranked) –

Today, I’m here to help you rank the best Vayne skins in League of Legends, based on looks, so you can get a general idea of which skins you like.

Just when you thought you knew everything about Vayne, along comes a new skin to blow your mind. This time, we’re taking a look at the Best Vayne Skins in League of Legends (All Ranked).

Even if I’m not Gosu, I can appreciate Vayne’s amazing hyper-carry.

Shredding tanks like it’s no big deal, moving in and out of stealth, and pinning them to the wall as a bolt pierces their heart. What’s not to like about this?

While her mechanics are excellent, you may want to clean up her appearance a little, since her basic model isn’t very appealing. However, how can you know which one to choose?

As we rate all of Vayne’s skins published so far, we hope to be able to answer that question.

You anticipate Skyrim caliber badassery when you hear the term “dragonslayer.”

On the one hand, skins like Dragonslayer Pantheon fully realize this idea and make you feel very strong.

On the other side, you’ll be dealing with Dragonslayer Vayne.

She doesn’t seem to be a dragonslayer, but rather a woman who has just discovered a dead dragon and chosen to wear its face.

It just does not make sense.

Furthermore, it comes with a 975 RP price tag and just offers a ridiculous character model change with no animation modifications.

This is one I would strongly advise against.

I had great expectations for this skin.

Now, I’m not going to tell you that your skin is unattractive because it isn’t.

What it is, though, is very poor, particularly given the price.

Even though it’s one of the most costly skins in the game, we just receive a green coat of paint.

For the love of God, there aren’t even new voice lines!

If the skin had been priced at 750 or 975 RP, it would have risen quite a bit in the rankings. But I’m afraid I can’t suggest such a pricey but mediocre skin to anybody.

I appreciate where this skin was going with it, but I believe Riot missed the point a little.

Vayne would look great with a Hellsing-style skin. Aristocrat Vayne, on the other hand, seems to be a little bumbling.

Her spectacles are too tiny for her eyes, and her hair resembles a peacock feather.

I wouldn’t say the skin is perfect, but given how inexpensive it is, I didn’t have great hopes.

But I’m not too enthusiastic about it.

I’m sure it could be fantastic with a few little changes. However, for the time being, it will stay at this position in the rankings.

This skin has just aged badly, and by today’s standards, it resembles a chroma rather than a full-fledged skin.

The color palette complements the character model well, and the new splash art is stunning.

Apart from that, there isn’t much more to say.

Again, this is a really low-cost skin. So I can’t be too critical of it.

However, it’s only worthwhile if all you want is a basic color change for the main model rather than a distinct theme.

This skin seems to be in good condition.

It has a basic color change, with Vayne dressed in red and wearing a golden ribbon.

It looks great, and I honestly can’t think of any one design decision that I disagree with.

It was also created after the 2013 World Championship, so if you’re serious about professional sports, it’ll quickly become a valuable asset.

If you ask me, it seems like a very decent bargain (but probably nothing ground-breaking).

Despite the fact that this isn’t my favorite Heatseeker skin, I believe it’s quite good.

The character model in the game seems to be suitable, with a lot of reds and whites to fit the theme. Her bow also has a big heart arrow that allows you to murder people with compassion.

Some new animations have been added, although they mainly consist of adding heart particles.

The ult animation, on the other hand, is really sick.

It definitely puts you in the mood for the Valentine Massacre.

I would have liked this skin if I had looked at it through a vacuum.

The character model is exquisite, and the skin includes some incredible new movements.

The Q motion is immaculate, and both her W marker and E are perfect for the role.

Her ult was a little disappointing for me, but not by much. I also like how her emote shows her removing her original base skin clothing.

This skin, however, covers a subject that we’ve previously seen (in an upcoming pick). I believe it does a better job of capturing the concept, but not by much.

And, given that it’s one of Vayne’s most costly skins, it’ll drop a few spots on this list as a result.

This skin performs a far better job as a World’s skin than SKT.

It contains the same emotes as the basic skin, but it includes a very cool recall motion as well as some really interesting ability animations.

Everything has a flaming theme, most notably her W, and even the basic skin has been updated to appear more contemporary and ferocious.

I could understand how the bright reds and yellows might turn some folks off. However, I found it to be very enjoyable.

Plus, since it originated from the Championship, it’s like owning a piece of history.

In my opinion, the following skins are interchangeable since they all offer something fresh to the table and do it right.

Spirit Blossom Vayne has a fantastic motif, with a lot of bright and dark blues and a somewhat demonic undertone.

All of the animations are very well-matched, with the ult serving as the crown gem.

Ulting makes you feel like a demonic hunter on the prowl — and it even includes a hair color change, which isn’t something you see very often.

The only criticism I have of the skin is that Vayne’s “heels” seem to be rather awkward.

But I suppose you can’t be realistic and dominate WikiFeet at the same time.

This skin is absolutely clean.

Firecracker Vayne, like the rest of the Firecracker series skins, is extremely festive, with a lot of reds and yellows on the character model and in the animations.

Her bow, which reminds me of the dwarven look from Skyrim, and a little quality of life motion added to her new are the standouts for me.

When you stun a victim, a bright firework will go out instead of the normal animation, making it much easier to notice.

Plus, they made Vayne fatter in some way, which no one will mind.

I can’t think of anything negative to say about this skin. To me, it seems like a classic, and it might easily have become the new basic skin.

It’s nothing out of the ordinary, yet it manages to steer the champion in a new path.

The white-yellow color combination is very effective. And none of the animations are harsh or in your face.

Sentinel Vayne, as I previously said, takes this concept a step further and adds a layer of polish.

However, for just 975 RP, I believe this skin is too amazing to pass up.

Vayne is the first project.

I had high hopes for this skin, and I had high expectations.

However, it is without a doubt the finest.

It just has so many excellent features that the pricing is absolutely fair.

There are whole new voice lines, all delivered in the distinctive PROJECT robotic voice, as well as entirely new animations.

If you want to, you can actually spin on your hands like a breakdancing star!

The W now has a nice little indication that indicates when the opponent has two stacks, which is something totally new.

Most essential, you are capable of riding a motorbike.

On this one, don’t lie to me. We’re all kids at heart, so seeing Vayne on a Homeguard motorbike brings us joy.

Note that this material was produced utilizing Riot Games’ “Legal Jibber Jabber” policy and Riot Games’ assets. This project is neither endorsed or sponsored by Riot Games.

What is the best skin of Vayne?

The best skin of Vayne is the Battleborn Vayne Skin.

How many Vayne skins are there?

There are currently two Vayne skins in the game.

Vindicator Vayne is a rare skin that can be obtained by opening the chests in the game. 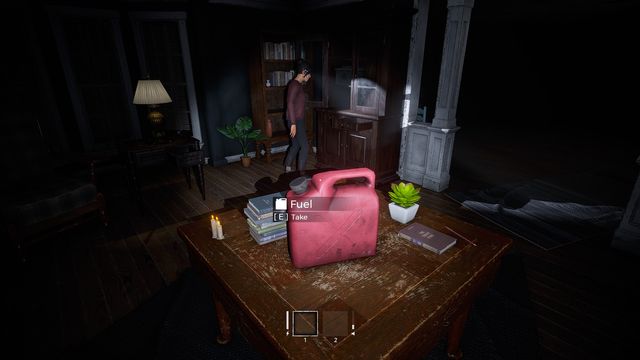 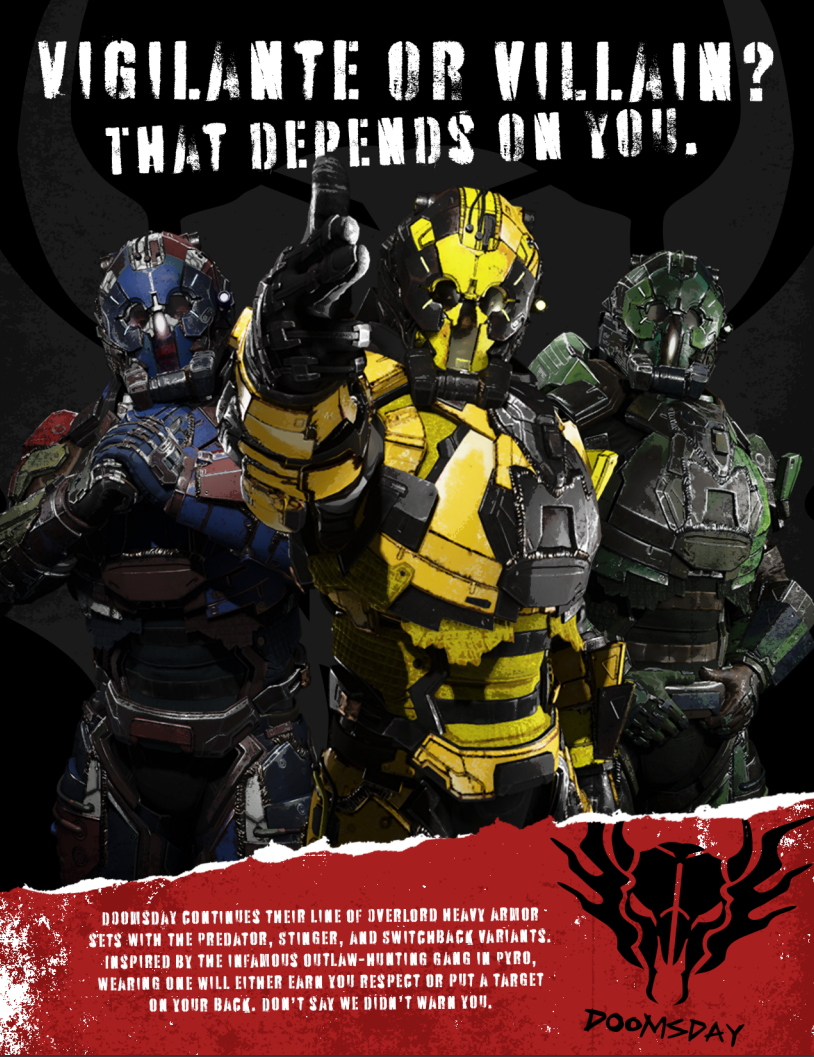 Read More
Welcome to some more Star Citizen News for the week ending the 29th of November 2020. The 2950…
Read More