Everything You Need to Know About NFT Games

Non-fungible tokens (NFTs) are cryptographically unique digital assets. They act as an alternative to items, collectables, and characters, but unlike those mentioned earlier, one NFT cannot be replaced or interchanged with another. They can represent digital or physical assets and are owned by a single person.

NFTs can be used in all sorts of games. They’re a new way for developers to monetize their games while keeping their player base happy! Read on to find out everything you need to know about NFT games.

What are Fungible Tokens (FTs)?

Fungible Tokens (FTs) are Ethereum-based assets that alternative currencies, consumables, and even inventory items. FTs can be released by developers with a finite supply and allow players to earn, trade, or purchase items at their discretion.

A useful way to think of fungible tokens is the comparison to the gold in World of Warcraft. Gold can be used to buy more powerful weapons and armour throughout the game, but once it’s looted from a slain mob, that gold belongs to whoever receives it! Fungible tokens work in the same way, and it’s important to note that fungible means they can be interchanged.

Which Token Type Is Right for Me?

Both non-fungible and fungible tokens have their share of pros and cons. Let’s look at examples with both types so you can better understand when each might be the best choice. 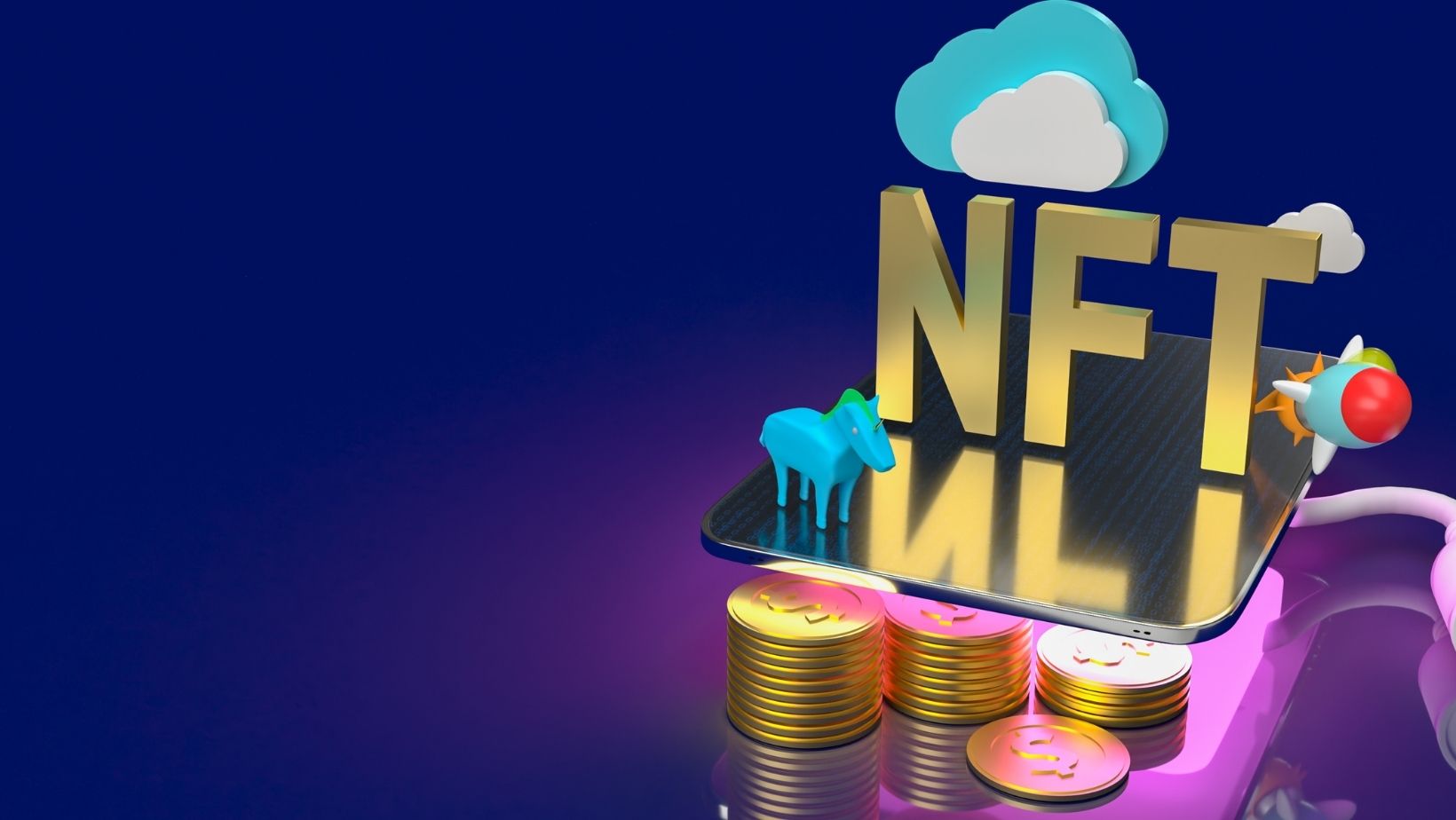 This example will walk through what each token type would mean within a video game. Let’s say you’re playing World of Warcraft and looking to purchase a new weapon (in this case, we’ll call it Heaven’s Fury). To buy the weapon, you’ll need gold.

Fungible Token: Fungible tokens introduce a new currency and allow players to swap these coins for other items. The benefit here is that fungible tokens can be traded and used freely by all players in your jurisdiction while allowing developers to limit who received a specific item. For example, once a player loots a new weapon, they can sell it to another player for gold or keep it and use it themselves!

Non-Fungible Token: Non-fungible tokens introduce a new type of existing currency in the game. In this scenario, players would still need to purchase gold from other players to buy the new weapon. However, the selling and purchasing of items with gold would be restricted to specific players to create a sense of exclusivity.

The benefit is that non-fungible tokens allow for actual ownership over digital assets. So if you’re looking for monetization options that don’t affect gameplay, this might be an excellent option for you!

Games That use NFTs

So if you’re now curious as to the games that you can play using NFT, here are some of our favourites

Gods Unchained is one of the most widely known games using NFTs. It’s a competitive card game that takes place in a fantasy world, where players battle it out for supremacy. The cards you purchase are yours forever, even when the servers go down!

This means that these digital assets are genuinely owned by the players playing them. In addition, NFTs are also used to monetize Gods Unchained to provide cosmetic changes to some cards.

CryptoKitties is a hugely popular game based on Ethereum ERC 721 & ERC 20 tokens. Players can breed and collect over 250 unique digital cats, and the game acts as an unofficial Ethereum ICO. Each cat is unique and has its own set of breeding rules.

Once a player buys a CryptoKitty, they’re free to do with it what they please! It’s also important to point out that Cryptokitties brings in approximately $3 Million worth of ETH per week through their marketplace right now (and that number seems to be growing)!

In Age of rust, players explore an abandoned futuristic robot-themed world and look for what happened. This game incorporates both fungible & non-fungible tokens to allow players some exclusivity. Each map has a different set of rules and requires a certain amount of data or items to complete it.

Players purchase starter kits with either RUBI tokens (fungible) or RUSTBITS (non-fungible). Additional puzzles can then be purchased for these same types of assets!

Spells of Genesis was one of the first games on blockchain and is built on top of Counterparty, which uses XCP tokens. This means players can buy, sell, and trade cards specifically made for this game! SoG also uses a smart contract to provide a unique experience.

Spells of Genesis brings in over $50k worth of Ethereum per week from their marketplace alone (and this number continues to climb)!

Splinterlands is a PvP MMO where players battle it out for supremacy. This game is built on the EOS platform, and each player will be assigned a ranking. Different weapons, armour, and abilities can then be purchased for your account! Splinterlands also allows players to buy crates containing random items that they can sell or keep for themselves!

The game incorporates both fungible and non-fungible tokens, with the benefit of ERC 721. As a result, players can purchase crates that provide items, trade items with other players from outside their jurisdiction, or just hold onto them to complete sets for special rewards! This allows developers to monetize the game through various avenues while allowing individual ownership over each token. 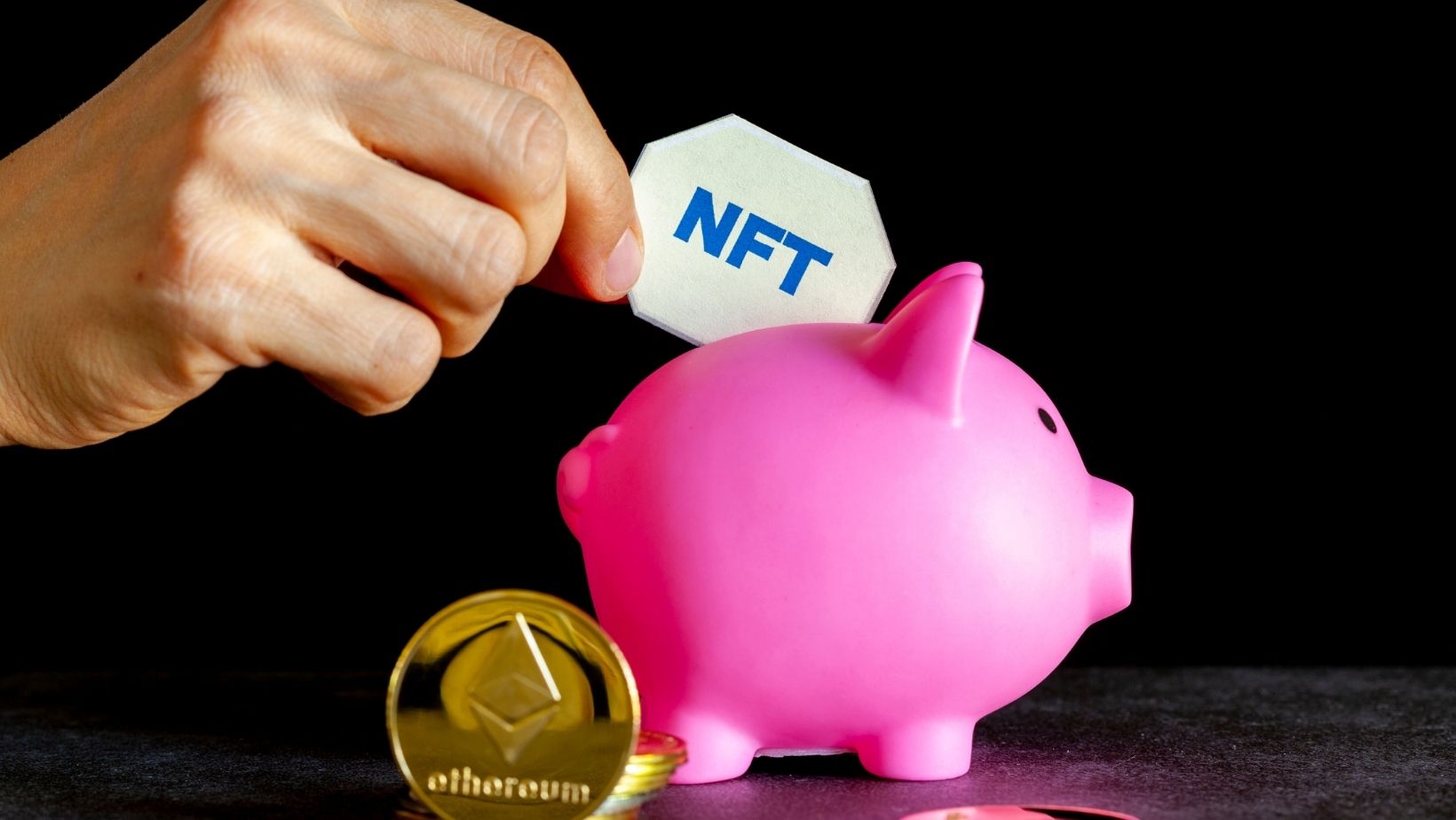 Cryptoblades is a turn-based RPG built on the EOS platform. This game allows players to purchase in-game currency through tokens and has a marketplace for trading items like cards and equipment. Cryptoblades also uses both fungible and non-fungible tokens, which can be traded or fused for special rewards.

Decentraland is an MMO where players purchase land to build whatever they want (within the rules). It’s also important to note that Decentraland doesn’t use any blockchain technology at all! The only transactions between users directly while completely bypassing developers themselves. This means that this game stores no personal information about its users and has 0 transactional fees.

Decentraland is a top-rated game with more than $3 Million worth of land selling on the marketplace each week!

Ownage is a sandbox city management game that allows players to manage their virtual cities while also owning & monetizing their own tradable NFTs! Players can purchase tiles to build different buildings that generate “rent” deposited into the player’s wallet every 5 minutes. Rent comes from other players purchasing tiles nearby, so positioning your buildings is paramount for success.

Players can also purchase, sell, and trade buildings through the marketplace built into the game before launch! This means there are no fees for developers to take or middlemen involved, which is pretty much unheard of in the MMO world!

A game where every item is unique will bring many benefits over other games that just use fungible items. Not only does each player receive complete ownership over their game assets, but they can trade them through a decentralized market with no fees, no middleman, and no hacking risk. This means players won’t be limited to trading between themselves or going onto secondary markets like OPSkins (which charge 10% transaction fees). Instead, everything you own belongs to you alone – Just like it should be! 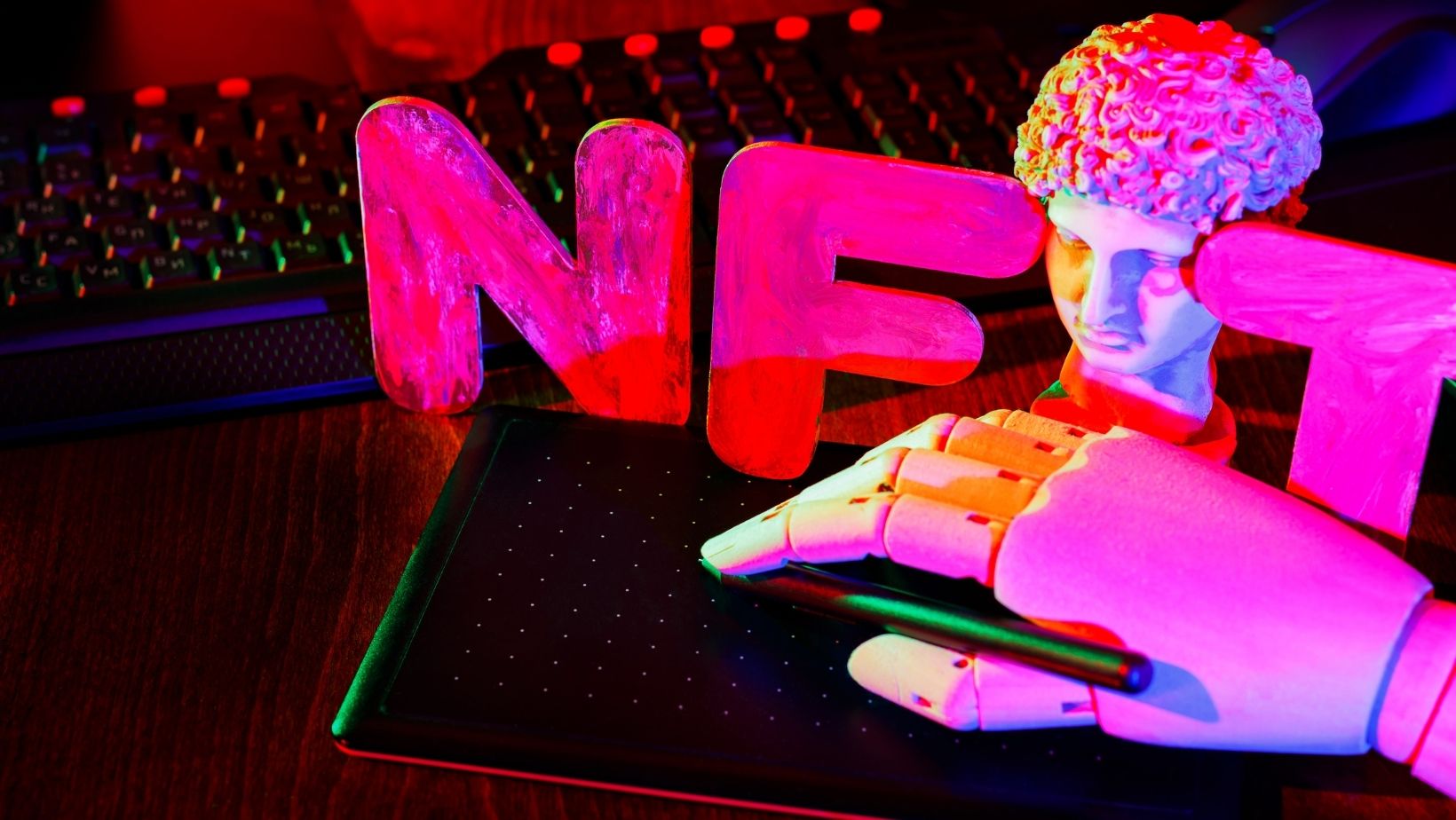 What About Game Items?

Unfortunately, there isn’t a perfect answer here yet. While players can purchase non-fungible items with their non-fungible tokens (like the ability to change your character’s appearance), players are still restricted when it comes to what they can do with those same items within the game’s world. The way it currently works is that developers will need to release updates that specifically allow each new item owner to use them properly in-game.

Tokens like ENJIN Coin may end up changing that within a matter of time, but for now, it’s still a significant obstacle that NFT game devs need to work around.

While NFT games are far from perfect, there’s still a lot of potential for them as the industry moves forward. The technology is here and will continue to make its way into gaming as developers become more comfortable with blockchain as an option. In the meantime, players should be excited about how their digital assets are treated in these games! 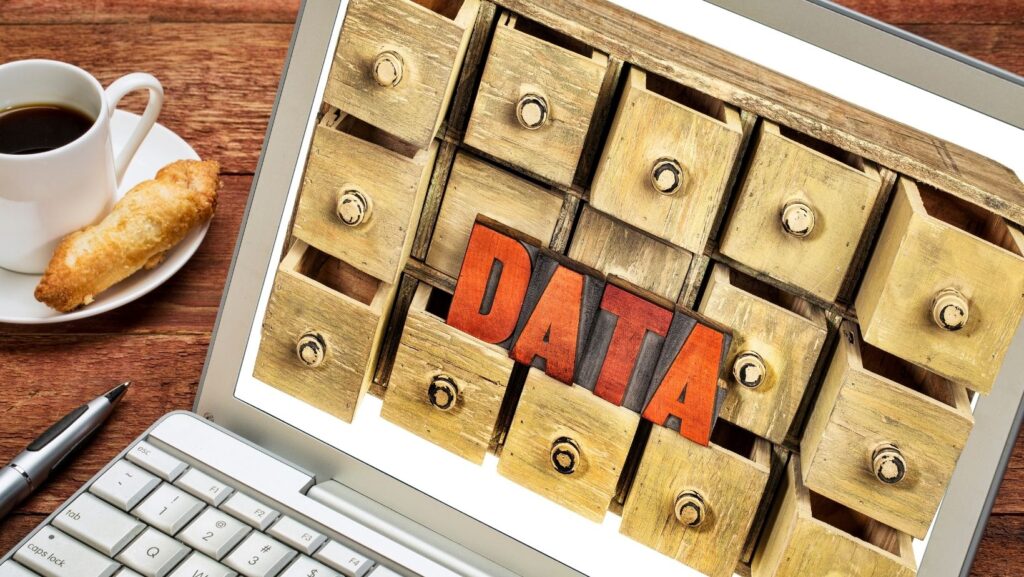 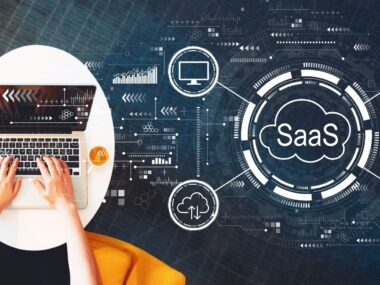 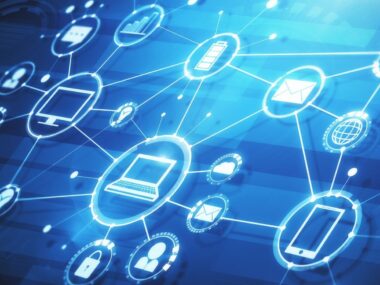 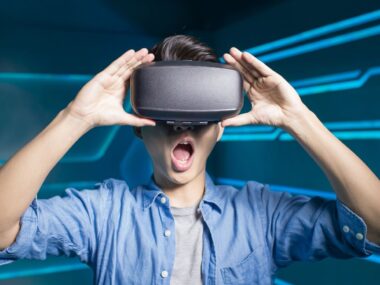 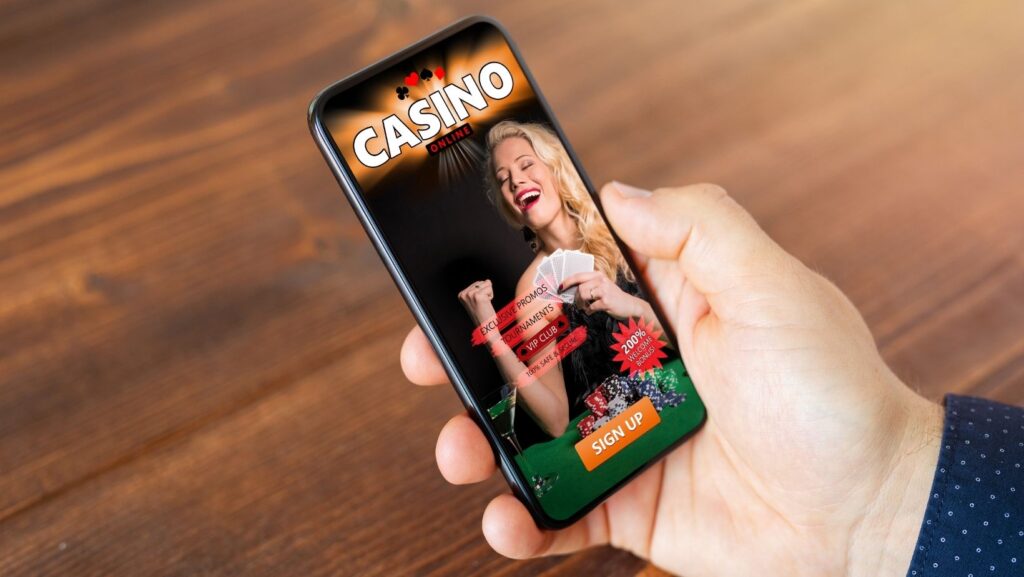 Read More
People are always looking for new ways to have fun, and one of the most popular places to…
Read More 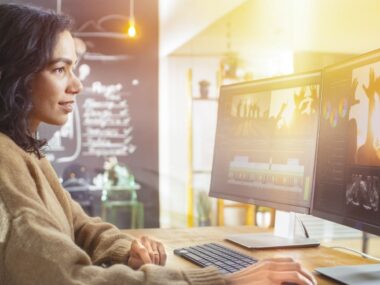